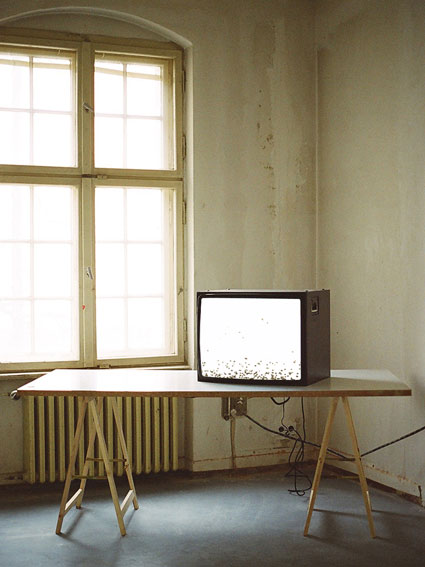 “In the month of July 1856, I discovered an individual who for twenty years had devoted his life to the intellectual training of fleas. He carried on his operations in a little room in Marylebone Street, London. I entered, and saw fleas here, fleas there, fleas everywhere; no less than sixty fleas imprisoned and sentenced to hard labour for life. All of them were luckily chained, or fastened in some way or other, so that escape and subsequent feasting upon visitors was impossible. (…)

A flea cannot be taken up from its wild state and made to work at once; like a colt or a puppy, it must undergo a course of training and discipline. The training is brought about as follows: The flea is taken up gently, and a noose of the finest “ glass-silk “ is passed round his neck, and there tied with a peculiar knot. (…) The first lesson given to the novice is the same as that given to a child, namely, to walk. To effect this, he is fastened to the end of a slip of card-board, which works on a pin as on a pivot; the moment he feels himself free from the hands, or rather forceps, of the harnesser, he gives a tremendous spring forward: what is the consequence? He advances in a circle, and the weight of the card-bozard keeps him down at the same time. He tries it again with the same result; finally he finds the progress he makes in no way equal to his exertions; he therefore, like a wise flea, gives it up, and walks round and round with his card-board as quietly as an old blind horse does in a mill.

To arrive at this state of training requires about a fortnight; some fleas have more genius for learning than others, but a fortnight is the average time. There is another mode of training fleas which is simpler but less effective in the longer term: it is to shut them up in a glass box with an adjustable ceiling. The tiny specks ordinarily spring an astonishing 12 inches into the air so the box used is somewhat lower. The flea, when first put inside, hops wildly about, but he only hits his head against the top of the box. Soon, however, our wise insect adapts his behaviour to the size of his prison, learning to leap slightly lower than the roof, to avoid inflicting unnecessary pain to his tiny head. The ceiling of the box is then lowered to further restrict the poor flea’s movement and the process repeated until, quite understandably, the flea has lost all desire to jump.” (…)